What 3 prototypes of Drag Race taught me

What 3 prototypes of Drag Race taught me.

1. Put down the keyboard, pick up the pen

Heard of GDD (Game Design Document)? Do it a Coding DD too. You can kill a bunch of bugs before ever touching the ";" key.

I followed @michaeljohn 's advise and it worked wonders for my code.

What I'd have done differently: dedicate more effort to this step. If I'd put in just 10 more minutes into drawing a timeline to capture what timings I needed to store, I could have saved 4 hours debugging my currentTime code. I'd have realized I used it in two definitions in different parts of the code - current lap timing versus current race timing.

2. CTRL+S is the worst thing you can do

BECAUSE IT OVERWRITES YOUR PREVIOUS WORKING VERSION! Then you spend 4hours trying to undo that one little innocent thing you reorganized. insert twit here

Sobs. Please use Save As, or even better use version control. Github saves lives. Not only does Github keep backups, it shows you exactly which lines changed.

For some time, Github's alien ways scared me. Five different tutorials and a classroom lecture later, Github still confounded me. Then I found out poets can use Github too.

You made a box on the screen? Play test it!

Don't bother with UI, or titles or images. MVP for the win.

What I found was people loved my ugliest baby. I had actually birthed that stupidly simple prototype that as a joke. The version with added adrenaline-packed features, complex difficulty and 6 different car models was the least loved. Oh my.

I wish I had prototyped 10 hours of code ago. Do it for the people. Leave behind your overdressed baby.

How the game is different from the original design 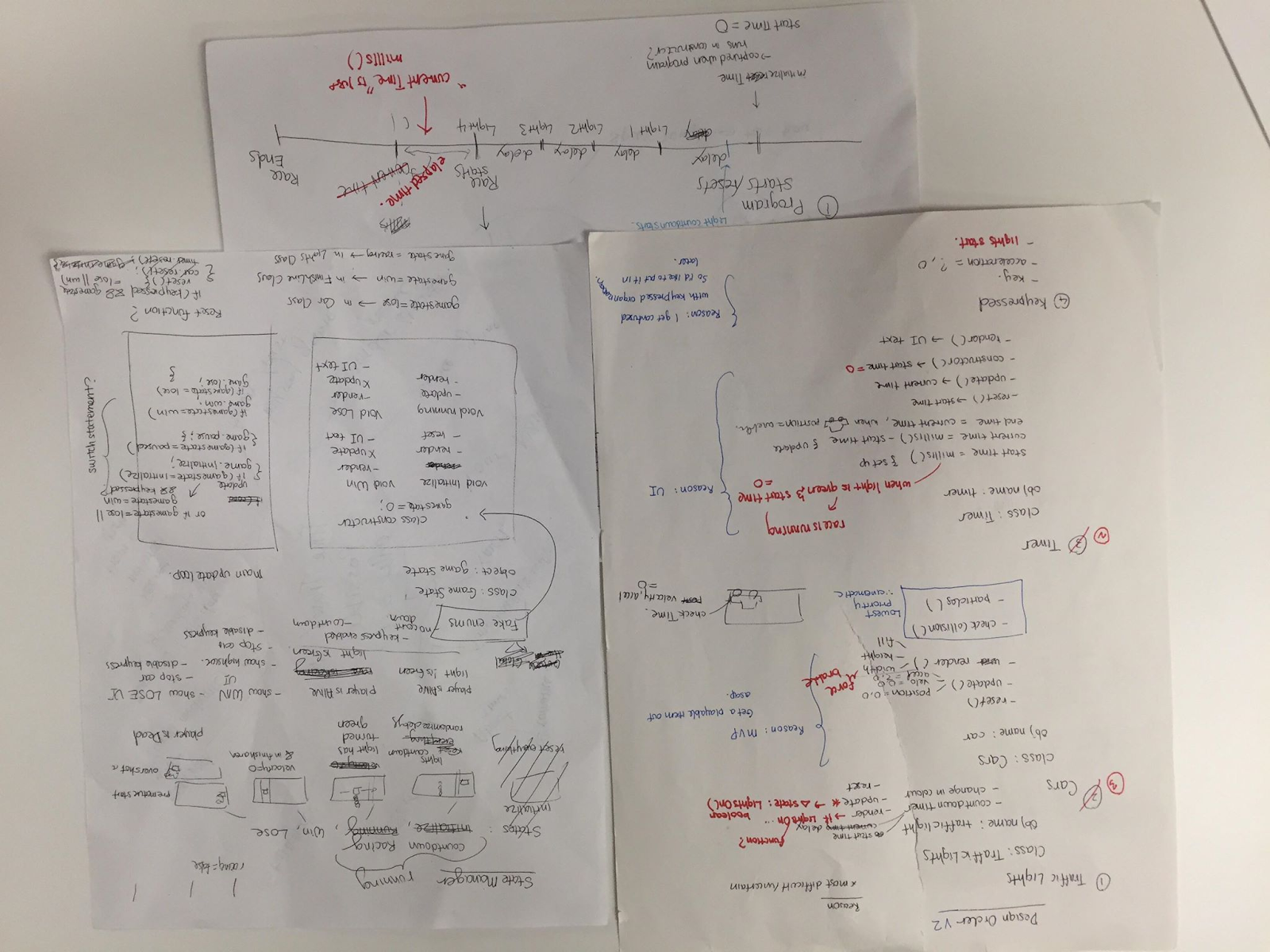 I had many extended feature ideas and picked three to prototype (https://haiyoooo.itch.io/drag-racing). After playtest feedback, I chose the one players liked the most…. Which turned out to be the simplest version. So the code ended up way more complicated than necessary.

Then I made all the art assets in Voxel and put it in.

I realized I didn’t include “player presses a key to start light tree”.

That was the last thing I tried to do.

Couldn’t fix it so I ended up hacking it.

Get the best lap timing!